This is the community canon page, where you can get a general jist for the most accepted intricacies of the MIPS Hole mythos. Everything listed on this page is treated as fact by most users, although the pages that they link to can feature speculation and adaptation that you or other users may agree or disagree with.

Super Mario 64 released in 1996 to critical acclaim, helping reinvent the platformer genre into the third dimension and boosting the Nintendo 64 to great heights of popularity. Behind the scenes however, development of the game was alot more disorganised. There was alot of hiccups within the game's development. The supposed 1995/07/29 build of the game, developed or inherited by Nintendo, was a mess that supposedly featured a texture bug that would enduce trauma within playtesters. Although, this could easily be a cover-up for what was truly happening behind the scenes.

To help the game and revolutionise it, Nintendo implemented an experimental and adaptive A.I. into the game. It would sublty alter the games in ways an ordinary player wouldn't notice, and would adapt to their needs based off player input. The A.I. would pull or alter assets within the game to appeal to the player's desires. However, when the A.I. proved too volatile and unpredictable with more experienced players or longer sessions, Nintendo denied the existence of the A.I. and would remove it from subsequent rereleases of the game. This included Super Mario 64 DS, a complete remake of the game made to show off the Nintendo DS' capabilities.

With the age of the internet, many online would fondly recollect on stories about their time playing Super Mario 64. Eventually, many would notice discrepancies between their playthroughs of the game. The most common of these would be the Wario Apparition, who would appear as the disemboided head of Wario, and would chase the player through the hallway past the 30-star door. With this came the discovery that every copy of Super Mario 64 is personalised to the player's desires, and from that point on people would start documenting some of their discoveries within their own copies of the game.

The MIPS Hole is a collaborative effort between multiple individual users with different interpretations of the same few posts. With that, different versions and renditions of the lore have obviously cropped up. The consensus is that a user is willing to pick and choose what they can believe, and the wiki is a free place to discuss, develop and create your own mystery to the conspiracy rabbit hole.

If you're interested in the lore originaly created by 4chan, it's recommended you watch a video created by one of the original creators of the lore, HeyItsSteffyCush. It can be watched here. 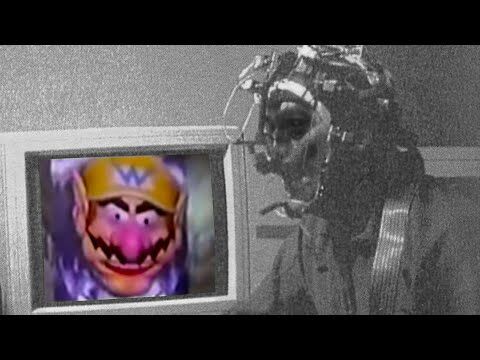 While there might be differences within the lore, there are a few constant facts that are kept straight between most users' lore. These are mostly to limit what people can create with the mythos to better the lore's legitimacy and cohesion.

Pages are moderated by staff users on the daily, and if a page does not fit the established canon or is not well-written it will be deemed as non-canon. Pages that are non-canon are free to exist, but they will not be regarded as canon by the community.

If your page has been marked as non-canon and you would like to revoke it, consider rewriting your page and submitting it back to the moderators in the Discord server. Follow the Rules and Guidelines while rewriting your page. Also consider bouncing ideas off other users in the server, getting criticism and feedback for your ideas!

Dubitations are interesting instances where the content isn't treated as canonical. Content from dubitations usually add to the lore in a non-canonical sense, and are more to intentionally creep or engage readers. stlayer.info, for example, is a website that hosts bizarre and eerie imagery from or around Super Mario 64, and can rarely play distorted music pieces in the background. However, the website isn't treated as something intentionally related to the mythos, and is merely added for documentation purposes.

Some pages are labelled as joke pages, and therefore are not intended to be taken seriously or as apart of the canon. This includes pages like Stanley, the Cube of Shame and the Old Spice Apparition. While not meant to be taken seriously, there is a level of review that goes into joke pages and they will be deleted if they come off as too low effort. Additionally, using joke pages to excuse bad writing or to avoid the canonicity process will be swiftly deleted.

Retrieved from "https://sm64-conspiracies.fandom.com/wiki/MIPS_Hole_Wiki/Community_Canon?oldid=2672"
Community content is available under CC-BY-SA unless otherwise noted.